This program will provide opportunities including:

About
FEES & DATES
WHO SHOULD APPLY?
2022 SESSIONS & INSTRUCTORS

This program, designed for Indigenous writers at the mid-stage of their career (5 - 10 years' experience), will bring concentrated learning opportunities to a small group of writers for an in-depth, personal experience. Through networking, industry insight, training and mentorship, this program will help establish and elevate the career of Indigenous creators.

By engaging key partners and industry leaders, including experienced creators, writers, broadcasters, funders and more, we will bring the best education and career opportunities to the Indigenous stories that deserve to be seen and heard.

In consideration of everyone's health & safety, this program will be brought to you online via Zoom.

CLICK HERE to register and for information on the application process.

Through the generous sponsorship of Hollywood Suite and the Foundation for WIFT Toronto, there is no fee attached to this program and therefore no bursaries are required.

CLICK HERE to register and for information on the application process.

* this program will run virtually, via Zoom

* all participants must be able to attend all days

This career accelerator is designed specifically for Indigenous writers at the mid-stage (5 - 10 years' experience) of their career.

Applicants must have a project in development to be considered for the program. Details of the items required for the application are available here.

This program is open to anyone who is a WIFT Toronto member and is First Nations, Métis, or Inuit.

Applicants can join WIFT Toronto at the time of application. (Applicants who are First Nations, Métis, or Inuit who do not currently have a WIFT Toronto membership may still apply. Anyone chosen for the program that is not a member will be granted a one-year complimentary membership thanks to donations made to the Foundation for WIFT Toronto)

Applicants must be a Canadian citizen or Permanent Resident.

Applications and course participation is FREE (thanks to generous donations from Hollywood Suite and the Foundation for WIFT Toronto).

Instructors and Speakers are currently being confirmed. This page will be updated as new information is available.

Carla Robinson (Haisla / Heiltsuk) is a producer / writer currently developing several film and TV projects through her new company Wassum Productions Inc. A former CBC broadcast journalist, she also draws on her experience as an entrepreneur and as a mother of three grown children.

Carla was an executive producer on the 2020 multiple award-winning feature film Monkey Beach and a creative consultant on the The Trickster TV series. In 2018 Carla wrote and co-produced her first short film The Guide which screened at the American Indian Film Festival, LA Skins Film Festival, the Hamilton Film Festival, and won Best Drama in Top Shorts, on online film festival. In 2018 Carla graduated from Sheridan College’s Film and Television program. She’s also earned a master’s degree in Journalism from the University of Western Ontario and an Honours degree in Communications from Carleton University.

Jill Golick writes character-driven coming-of-age stories that are relatable for audiences of all ages. She believes that coming of age is a process we go through over and over throughout our lives whenever things get hard. These stories are particularly relevant now because audiences want to believe they have the power to change the world and make themselves happy. Jill Golick has been fortunate to work as a screenwriter, story editor and creative producer in many genres, including children’s (Sesame Street, Annedroids), soap (metropia), prime (InstantStar), sci fi (Stargaze) and digital (Weirdwood Manor). She is best known for Ruby Skye PI, the interactive web mystery series she created and showran for three seasons. A fan of innovation, Jill started a successful software company in the 80s, created Twitter’s first live comedy soap and currently owns a robot. Her dual passions for interactivity and cutting edge technology infuse her original work. For much of her career, Jill has been an advocate for artists. She served as president of the Writers Guild of Canada from 2010-2018 and is co-author of WIVOS19 and WIVOS21, Women in View’s recent research studies on the participation of women in Canada’s film and television industry. On the side, she is author of the Pandemic Pilot Program, a free step-by-step guide to writing a script while maintaining physical distancing, and co-host of Story + Audience, a podcast about creating stories that connect deeply with audience. Jill mentors writers at all career stages and teaches about audience-focused series development. Jill has spent most of COVID pretending she’s on a yoga and writing retreat and has some new work as a result. She is shopping pilots for an hour long character-driven cyber thriller and a half hour dramedy. When she’s not doing downward dog, she’s working on an original sci fi epic for family audiences.

Marina Cordoni is an experienced professional with a demonstrated history of success in the Entertainment Industry. Skilled in Business Planning & Development, Script and Story Development, Project Financing, Project Management, On Set Production, Distribution, Promotion and Industry Event & Conference Planning, Marina has hands-on practical experience in creating and implementing strategic models that help companies to build profile and revenue. Her superior communication skills help her to navigate challenging waters to find new solutions for old problems. She provides these services both in house and as an Industry Consultant for hire. Marina has a Diploma in Film Production and Certification as a Communications Trainer and Facillitator.

Supported by a donation from: 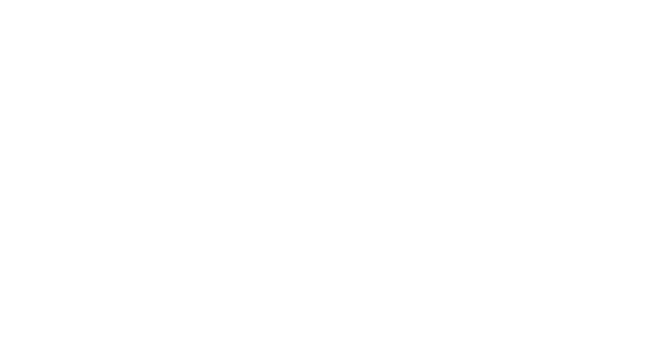