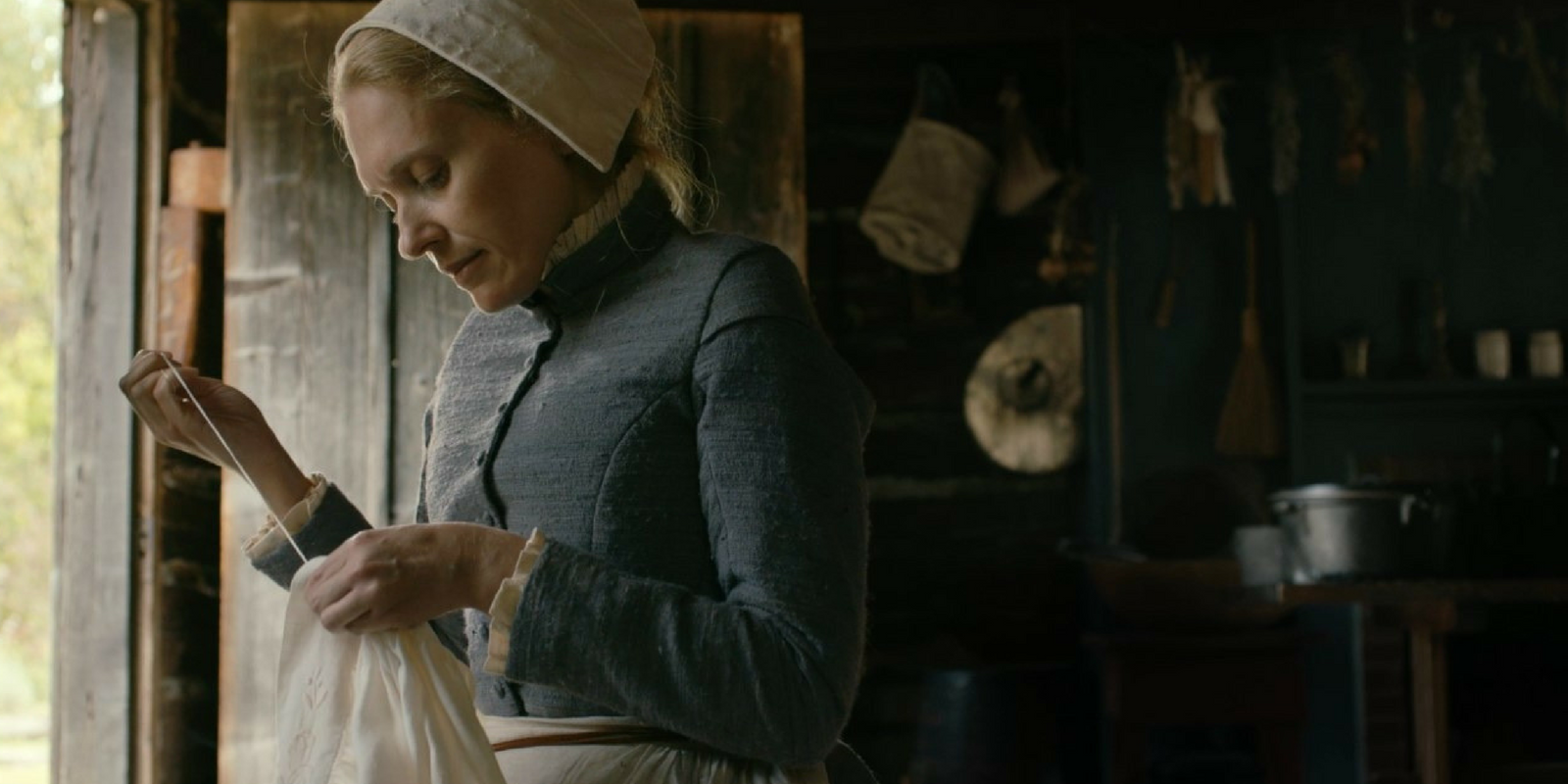 Produced by Jordana Aarons, ROPEd is a breathtaking portrait of Mary Webster, a woman who survived the witch-hunts of the 17th century.

Based on Margaret Atwood’s poem Half-hanged Mary—inspired by true events in 1685 Massachusetts, USA—ROPEd follows Mary Webster, a woman wrongfully accused of witchcraft by her Puritan neighbours.

With strong production values, great special effects, and intense performances, ROPEd translates Atwood’s poem in a powerful way.  Riel Stone's adaptation of Atwood's poem mirrors much of what women—who speak up and out, and who boldly live beyond the margins—still endure today.

The film's producer, Jordana Aarons (@JordanaFilmGirl), is a long-time WIFT-T member and past recipient of our Banff World Media Festival Scholarship. We chatted briefly with Jordana about the film's inspiration and its relevancy.

ROPEd tells the tragic, yet heroic story of Mary Webster, a woman persecuted for her independence. The lead actress, Mary Krohnert, did a masterful job of portraying her resilience and determination. These attributes come up often in Margaret Atwood’s work. Is this what drew your interest to this project?

Mary Webster's story is truly devastating and completely inspiring at the same time. Her indomitable spirit cannot be broken even in the face of the most violent persecution. She is damaged by the experience but remains heroic. I have always been attracted to material that deals with challenging injustice and oppression. Margaret Atwood wrote the poem "Half-hanged Mary" based on this true story and dedicated "The Handmaid's Tale" to Mary Webster. I feel fortunate to have been able to make this film and share her story.

In this era of #MeToo and Time’s Up, we’re seeing more and more women speaking out about injustices in our industry. However, many are still silent and silenced, with the looming fear of being ostracized or blacklisted. How is the story of Mary Webster relevant to modern day experiences of women?

Although set in 1685, audiences have connected with the themes in ROPEd. Mary Webster was an independent, self-empowered woman, she was a land-owner and healer—traits common for women accused of witchcraft. These murders provided opportunities to take over property. There was also a move by the church to switch from the tradition of women as healers to male-dominated medicine in order to gain the ultimate control—over life and death.

Her independence certainly threatened the powers that be, who made sure to whip the community up in an angry superstitious fervor to justify her attack. Today, girls in some places can be shot for attending school and many women do not have access to basic human rights. In our own communities, women constantly deal with a  barrage of sexism—unequal opportunities, diminished pay and, in too many instances, sexual violence. Women who have challenged these violations have traditionally been attacked and shamed.

In this moment where women are fed-up and speaking out, the timing of this film couldn't be more relevant.

You're right, Jordana. And, thank you. We hope these moments continue to shake up the establishment and lead to a more just world.

A former resident of Norman’s Jewison’s Canadian Film Centre Film Program and the National Screen Institute’s Features First and Totally Television programs, Jordana Aarons has produced award-winning short dramatic and feature documentary films as well as TV and transmedia series. Her many productions have been exhibited and broadcast in Canada and around the world, screening & winning awards at major film festivals and venues such as TIFF, Berlin, Telefilm’s Not Short on Talent at Cannes, MOMA, the Lincoln Centre for the Arts (Dance on Camera), and twice in competition at Sundance Film Festival with the short films Tongue Bully and Wakening (which also screened as part of TIFF’s Opening Gala at the Elgin in 2014). Jordana was Supervising Producer on the hit award-winning transmedia series Ruby Skye PI: The Maltese Puppy for CBC TV and web. She was also Executive Producer for the short film Mariner, which was chosen as part of TIFF’s Canada’s Top 10 Films in 2017.