Actress and filmmaker Hannah Anderson chats with Sydney Van Delft about filmmaking as catharsis, the universality of grief, and how she evoked the right tone using lighting and music.

Screening at the Royal Cinema as part of WIFT-T's 2017 Annual Showcase, Come Back is Hannah Anderson's first short. She wrote, produced and co-directed the film. She described her motivation for the project, via her Indiegogo campaign:

It's been what any new endeavour should be: absolutely thrilling and absolutely terrifying. It's a very personal film, inspired by the passing of my good friend Kent Nolan, an incredible artist who died suddenly at the age of 24.

The act of grieving makes people uncomfortable. What do we say? How are we "supposed" to react? There's this underlying pressure in modern society to just get on with things, as if talking about the person you lost is somehow inappropriate or unhealthy. And yet, death is a fascinating subject which has inspired many of the worlds greatest works of art. We want to talk about death but it's hard, so we look to movies, books, music, painting, and dance to understand our own mortality; to have the conversation we're unable to express in person. This film is my personal attempt to have this conversation with you.

How did this project come to fruition?

I wrote it soon after the death of my dear friend Kent Nolan as a way of sorting through my feelings, and then quickly tucked it away. A few months later I ran into Brett Donahue (who stars as Jack in the film) at our agency Christmas party and we talked about collaborating on a project together. He encouraged me to make it happen so I started sending it out to friends in the industry for feedback. Once we got Natalie Novak on board as producer and production manager, the ball really started rolling.

I funded production up front and then we did a back-end Indiegogo campaign to cover the rest of our costs. Everyone involved donated their time and talent for free.

Come Back deals with the loss of a loved one, a subject to which many can relate. Was the making of this film a cathartic process for you? Was it challenging?

Making Come Back, from beginning to end, was extremely cathartic. It really forced me to look at my grief head on, to study it, feel it, and try to communicate it to others. It made me feel less alone. And although it’s a personal story, what it explores is universal. It’s incredibly fulfilling to see what I imagined come to life right in front of me.

Challenging? Hell yes. I was constantly having to push myself to keep going after every road block we came up against along the way. I like to do a project and then have it be DONE. And this was not that at all so I had to learn to enjoy the process.

There were many poignant and thoughtful creative decisions made in this film (the lighting and musical selection, for example). Tell us more about the mood you were trying to evoke in Come Back.

I wanted to set an eerie, ethereal tone to help the dreamlike elements of the film and contrast it to the flashback that takes us to a happier distant memory. With the therapy scenes, I wanted it to feel like all the air had been sucked out of the room. And I didn’t want the music to be too invasive. Our composer Ilario Circosta got it right away. I don’t want the audience to feel like they have to be sad. It’s a hopeful story too.

There is a sense of intimacy between the two main characters. How did you cultivate this sense of trust and vulnerability on set?

Brett Donahue and Emily Coutts are close friends of mine and they had already played husband and wife in a previous film so that made it easier for them to let loose with the intimacy and improv we did on set. It’s a beautiful thing to watch two actors who really have each other’s backs. There was also a lot of laughter. Aidan Shipley, my co-director, was so great at cracking jokes and keeping the mood light when exhaustion started to set in.

What was the biggest takeaway you gained from working on Come Back?

I was so afraid to do something I didn’t know how to do that I almost didn’t do it. I think the biggest takeaway was discovering I can learn as I go. There is no shame in asking for help and it’s so rewarding not to hide my ideas and creativity, even if they come from a deeply vulnerable place. The more creative minds the better.

What’s next for you?

I co-directed a short film with Abigail Winter this past summer that she also wrote and starred in called Open All Night. At the moment I’m grinding it out in L.A. for pilot season, focusing on acting and waiting for the next story to “hit” me.

Hannah has been acting professionally since graduating from a 3-year theatre conservatory program at George Brown College. Born and bred in the prairies, she now proudly calls Toronto home.

Hannah is also a writer, producer, and director and will be directing her second short film, Open All Night, this summer with actor/writer/director Abigail Winter. Her first short film, Come Back, in memory of Kent Nolan, is set for a 2016/17 festival release.

Sydney van Delft is a Canadian actress and producer from Toronto, Ontario and sat on the WIFT-T Selection Committee for our 2017 Annual Showcase. She is a former Canadian champion rhythmic gymnast and was formally trained in dance at the National Ballet School of Canada. Sydney performed with the National Ballet of Canada in James Kudelka's The Nutcracker, Pastoral, and The Contract before going on to pursue musical theatre and acting. Sydney graduated from the Richard Ivey School of Business at the University of Western Ontario and is a former designated CA. 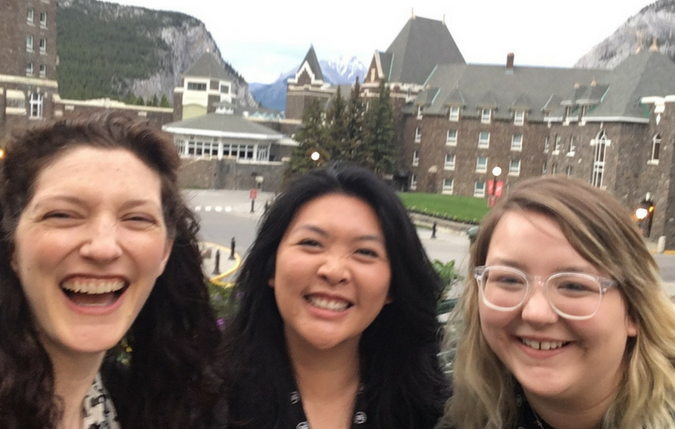 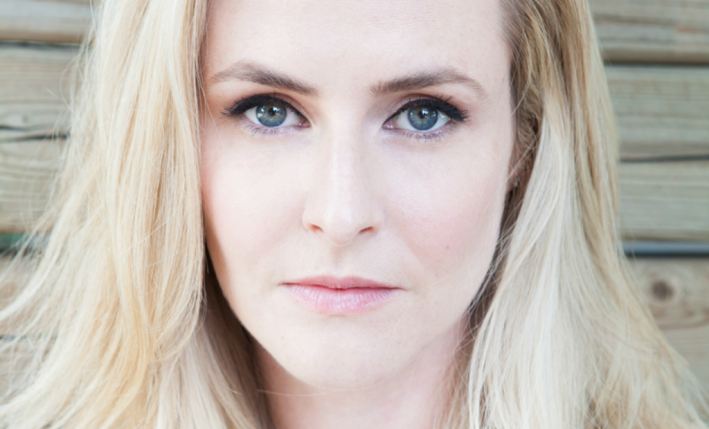