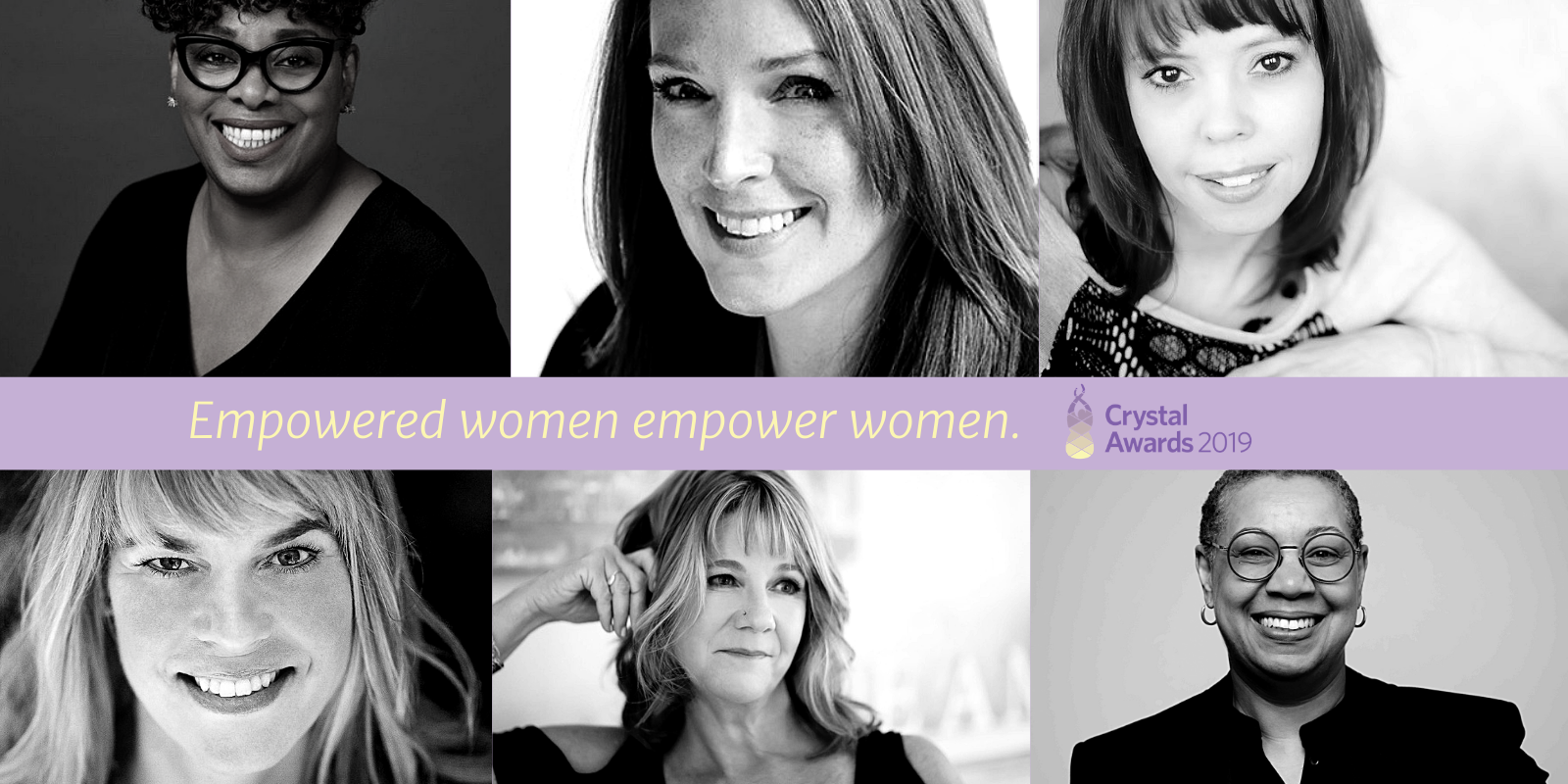 We are incredibly excited to announce the six outstanding women to be honoured at the 2019 Crystal Awards Gala, hosted by Shakura S’Aida, on December 3rd.

The Crystal Awards, established in 1988, is WIFT-T’s annual tribute to individuals who have made significant contributions to Canada’s screen-based media industry. Since its inception, over 145 industry trailblazers have been recognized for excellence in creativity, innovation, and leadership; and their commitment to mentoring the next generation of creators and industry leaders.

“The six women we are celebrating this year are incredibly dynamic. What unites this year’s honourees is a commitment to mentoring and an innate instinct for spotting talent and empowering others to bring and be their best. Collectively, they have influenced, supported, educated, mentored, and advocated for their peers and the future of this industry. We are also thrilled to return the International Achievement Award; Canadian women are not only making a mark national but also on a global scale. It is our absolute pleasure to recognize and celebrate their many accomplishments.”

Amongst her acclaimed films is Prom Queen the true story of gay teen Marc Hall and his fight for the right to take his boyfriend to prom. Reimagined for the stage and titled The Louder We Get, Leckie’s first live musical bows at Theatre Calgary in 2020.

“A constant beacon of support [...] and an essential connector in the industry who understands producers’ needs and enhances their work to ensure their success.” — Evan Jones, Stitch Media

Kim Gibson is a respected veteran of the interactive digital media industry, boasting more than 20 years of experience working with content creators through her role at Ontario Creates. Since 1999, she has designed and operated highly sought-after programs that have contributed to the growth of the province’s IDM industry most notably the Interactive Digital Media Fund which has been instrumental in providing funding for concept development, production, international business and audience development activities for a variety of projects from video games to web series. She is widely recognized by industry peers for her leadership, and commitment to the industry, and is known for her ability to discover and nurture emerging talent.

“One of the most prolific, talented, committed, and creative women in the business.” — Semi Chellas, director (2013 Crystal Awards honouree)

Esta Spalding is an award-winning showrunner, screenwriter, children's author and poet. She's currently the executive producer and showrunner of Showtime’s On Becoming a God in Central Florida (starring Kirsten Dunst). She has worked on many prestigious television series including Showtime's Masters of Sex and FX's The Bridge. Spalding hails from Canada, where she has contributed to many award-winning shows, winning two Writers Guild of Canada awards and five writing nominations from The Canadian Academy, including best writing and best show for her mini-series Would Be Kings. She penned independent features, Scott Smith’s Falling Angels, and the upcoming adaptation of Jojo Moyes’ The Last Letter From Your Lover (directed by Augustine Frizzel). Esta currently has an overall development deal with Sony Pictures.

“She has created a legacy for herself, not only through the content that she has created, but also in the hearts and minds of the young people she continues to mentor and believe in.” — Fonna Seidu, mentee

“Tammy has played a vital role in establishing Sudbury as both an economic and cultural hub for filmmakers and creators in Northern Ontario.” — Cameron Bailey, Toronto International Film Festival

During Tammy Frick’s 25 year tenure as executive director, Cinéfest has developed into a full-service film organization and is applauded by industry stakeholders for its ability to inspire audiences, uncover emerging talent, and to create an immersive experience that generates meaningful consideration and dialogue about the power of cinema.

In 2007, Tammy led the development and introduction of Laugh Out Loud Sudbury Comedy Festival (LOL). Aside from providing access to stand-up comedy, LOL carried out a first of its kind live simulcast of an onstage performance by Jason Alexander in over 60 Cineplex theatres throughout Canada. The event has also featured world class entertainers like Steve Martin, Howie Mandel, Rick Mercer, The Trailer Park Boys, Jim Jefferies, among many others.

Tammy has served on the board of directors of several organizations including, as a founding member of Music and Film in Motion, an organization which had a mandate to foster the development, growth and sustainability of Northern Ontario’s music, film and television production industries.

The success of Cinéfest can largely be seen as spurring interest in developing a vibrant film and television production industry in the North, and of securing public sector investments that have made Northern Ontario the envy of other national production jurisdictions. Aside from the leadership and insights she offered to the development of MFM, in 2012 Tammy was approached to manage its transition into an entirely new incorporation called Cultural Industries Ontario North (CION). Today, as part of Tammy’s secondary role of Associate Executive Director, CION oversees the brands of both MFM and LOL, and seeks to promote and foster ongoing expansion of the film and television production sector of Northern Ontario.

“A dedicated champion of building a vibrant and diverse creative community, maxine has long been an advocate of creating opportunities for women in film, benefiting both filmmakers and audiences.” — Chris McDonald, Hot Docs International Documentary Film Festival

maxine bailey is deeply committed to advocacy and taking action when it comes to gender parity in the Canadian film industry. As former Vice-President of Advancement at the Toronto International Film Festival (TIFF), maxine’s leadership and vision created critical opportunities for women in film and raised awareness about the systemic barriers facing women filmmakers, script writers and producers.

In 2017, maxine created Share Her Journey, a five-year strategic fundraising and awareness-raising initiative to invest in the next generation of women filmmakers. A committed volunteer, maxine serves on the boards of The Academy, The Walrus, and Ontario Cultural Attractions Fund (OCAF).

The 2019 Crystal Award Honourees were nominated by WIFT-T members and selected by a jury of past winners: Deb Day, CEO and chief strategist at Innovate By Day (Digital Trailblazer, 2018); Dr. Carol Whiteman, producer and co-creator of Women in the Director’s Chair (Mentorship, 2011); and Tonya Williams, founder of ReelWorld Film Festival (Special Jury Award of Distinction, 2017).