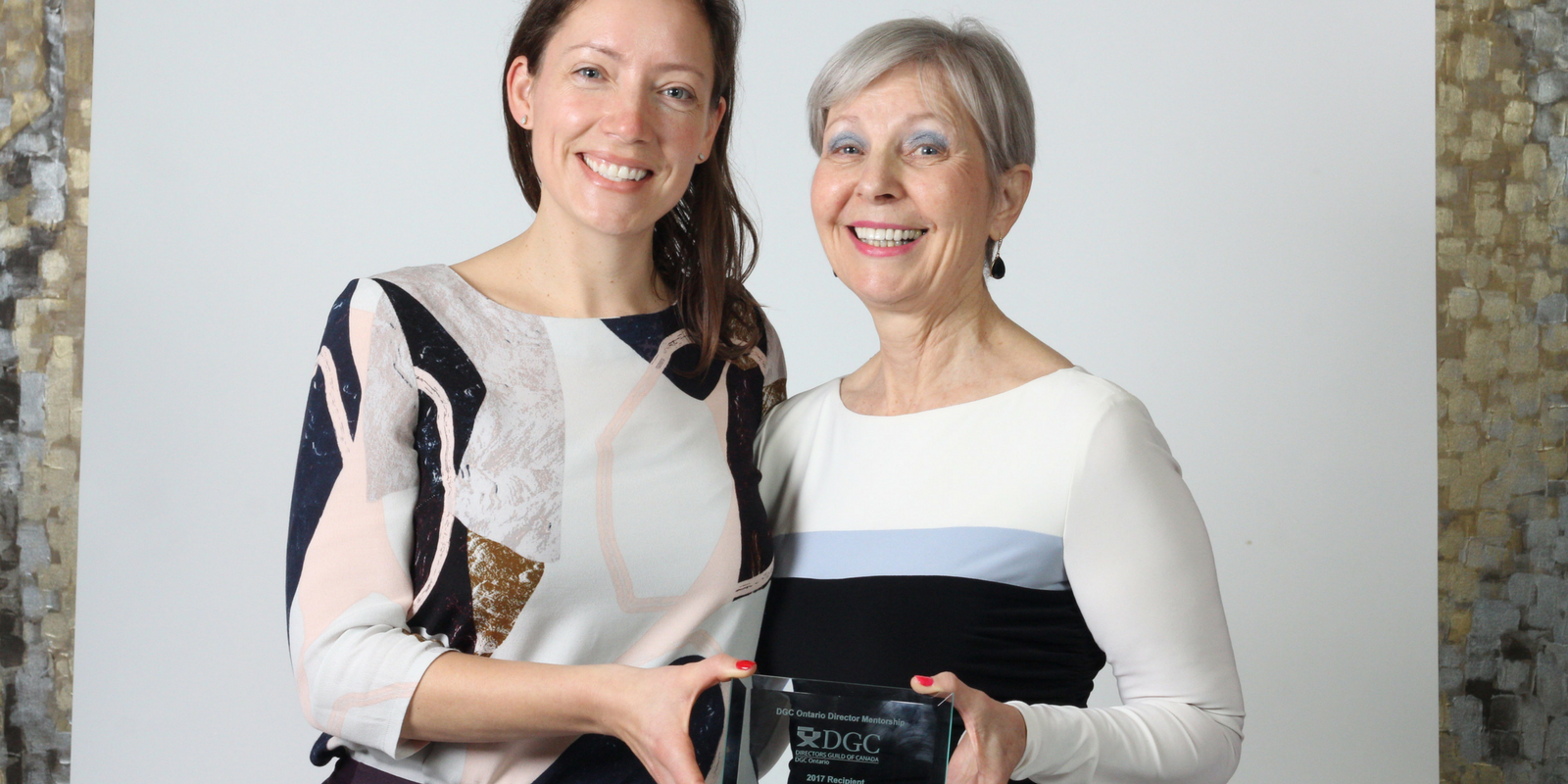 We chat with award-winning director, Kirsten Carthew, about meeting her faves, the importance of folding in market strategies in the development process, and some new projects on the horizon.

A year after being announced as the third recipient of our DGC Ontario Director Mentorship, writer-director Kirsten Carthew shares her favourite moments, key takeaways, and some inspiration for emerging directors.

You're on the tail-end of your almost year-long mentorship experience. How has the journey been so far?

The WIFT-T and DGC Ontario Director Mentorship provided me with access to influential industry decision-makers who generously shared their expertise with me. I met with some of my directing role models: Bronwen Hughes, Kari Skogland and Holly Dale. These outrageously fantastic women are hands-down some of my all-time favourite directors from around the world currently working in film and television. They are extraordinary in every way possible and I am beyond grateful to WIFT-T and DGC Ontario for spearheading these connections.

I also made a new connection: Lara Azzopardi. Lara is a rockstar—a multi-talented writer, producer and director. Her advice was specific and actionable; layers of enlightenment made easy.

On the business side, I learned from veteran pro Tom Alexander (Director, Theatrical Releasing, Mongrel Media) about the challenges and opportunities of bringing films to market. I will now be more mindful to include elements important to distributors when making decisions in the development process. Tom is an astute industry observer with great, practical business savvy who is a total champion of Canadian filmmakers. He always carved out time to meet up with me and respond to my questions.

Learning from industry rockstars has been a total privilege. The experience provided me with practical guidance as to where best to invest my attention so that I can make smarter decisions to achieve my desired creative, collaborative and fiscal outcomes.

Now that the mentorship is wrapping up, what's next for you? Are you working on anything new?

As we speak, I am developing a feature science fiction film that received development funding from Telefilm Canada. I have some upcoming international travel for work which I am very excited about. I have also been recruited to direct a feature film for a producer in the USA. In late June, I'm going to Japan to scout locations. Then, in July, I'm going to Australia for the theatrical release of my feature film The Sun at Midnight.

Sounds great, Kirsten! Do you have any tips or sage advice for emerging directors?

When you don’t know the answers, ask and search around. Get prepared. Focus on the work. Get great at troubleshooting. Sometimes you will be alone and sometimes you will be accompanied by others. To the best of your abilities, ensure those others are great collaborators whose decision-making you trust and who do what they say they will do. There are constant highs and lows throughout and most things take longer than you would like. Clarify demands so you know what decisions need to be made and when. Question your assumptions. Be patient, kind, and trust yourself. Persevere. One of my favourite quotes is “the best way to predict the future is to invent it” (Alan Kay).

Whoa! Thanks so much Kirsten. These are great words to live by, not only as filmmakers but also for success in any aspect of life. We look forward to following your career and seeing the future magic you will make on screen.

Kirsten (@kirstencarthew) made her directorial debut with the coming-of-age dramatic feature, The Sun at Midnight (starring 2017 Telefilm Birks Diamond honouree, Kawennáhere Devery Jacobs and Duane Howard). Her short-form credits include: The YK Doc Project, Abe & Alfred, and Fish Out of Water. Kirsten also holds multiple writing credits, which include the Brazilian feature film Uma Loucura De Mulher (2016), directed by Marcus Ligocki and starring Mariana Ximenes. Kirsten is an alumna of the Canadian Film Centre, the National Screen Institute, the London School of Economics, and the University of Southern California. IMDB