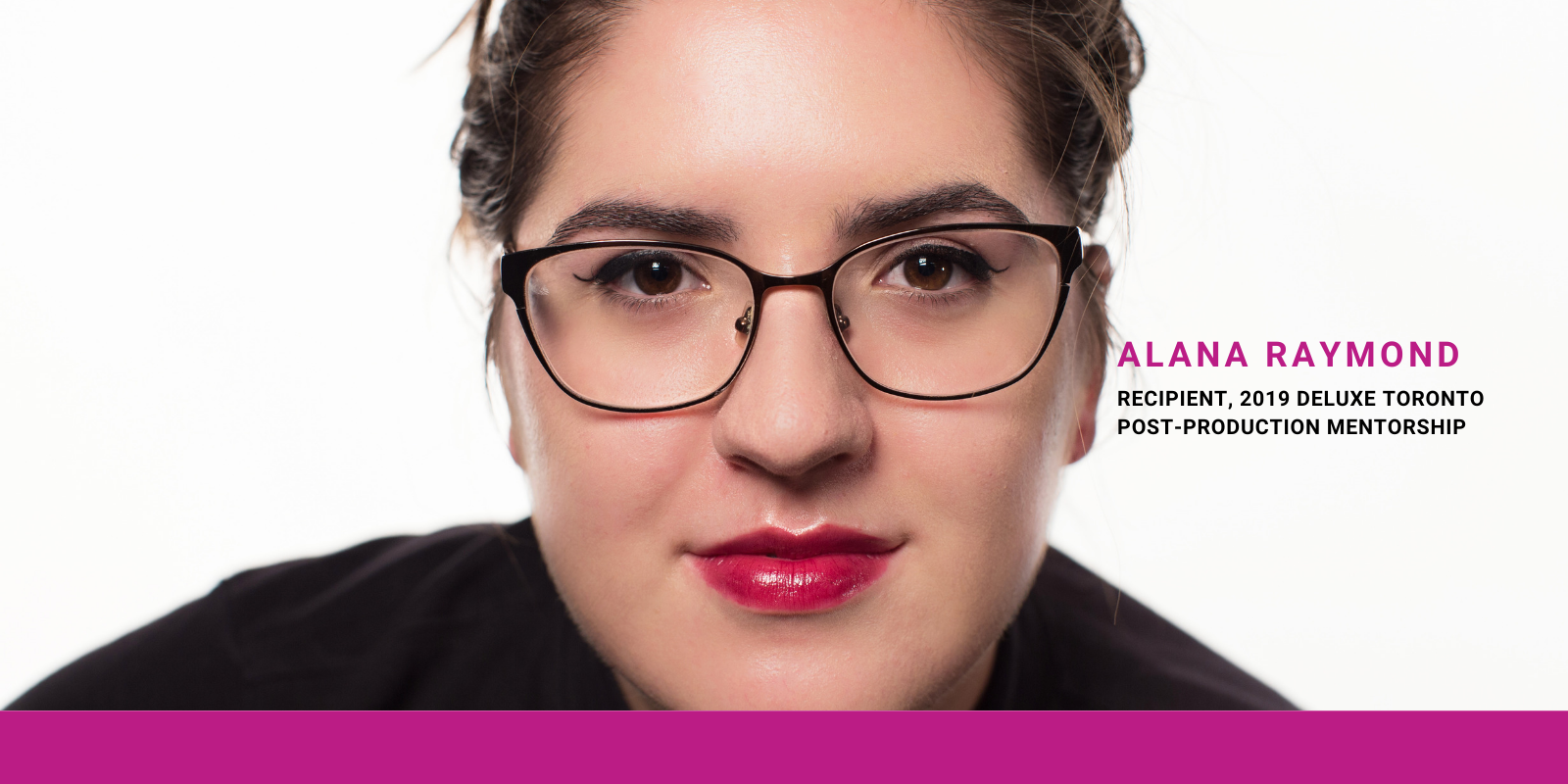 The Toronto-based filmmaker and sound editor is the 13th recipient of this mentorship opportunity at the post-production powerhouse.

“Deluxe Toronto is honoured to partner with WIFT-T to provide a unique opportunity that champions the professional development of a female Canadian producer. We’re excited to play a role in Alana’s career advancement, building on her experience as a filmmaker and sound editor. The Deluxe experience will provide Alana with the opportunity to work amongst the best of the best picture and sound talent in our industry. We are excited to work with Alana to support her career goals.”

Alana Raymond is a Toronto-based filmmaker and sound editor who completed a BFA through Ryerson University’s Film Production program. After designing a soundscape for a 16mm film assignment she discovered her love for post-production sound. She continued to pursue her education in sound editing and in her final year of study was awarded Best Sound Design at the Ryerson University Film Festival 2017. After establishing herself as a freelance sound editor she became highly involved with the Toronto documentary community and has sound edited documentary shorts that have screened at TIFF, Hot Docs and internationally. Her love of Chinese culture led her to study Mandarin in Beijing, China and she hopes to use her language skills in her future endeavours to be a liaison between North American and Chinese filmmakers.

“Receiving the WIFT-T 2019 Deluxe Toronto Post-Production mentorship is both a great honour and exciting responsibility. I am grateful to WIFT-T for providing experiences such as this, and for the opportunity to be mentored by industry professionals at Deluxe Toronto. I know that this experience will strongly accelerate my growth as a filmmaker, and expand my knowledge of the career paths available in post-production. My goal is to leave this experience with a clearer idea of what is possible for me and my future. I am looking forward to it!”

Alana will also receive a WIFT-T programming pass to further develop her skills, a cash honorarium, and on stage recognition at the 32nd annual WIFT-T Crystal Awards in December.

With headquarters in Los Angeles and New York and operations in 38 key media markets worldwide, including Toronto, the company relies on the talents of more than 7,500 of the industry’s premier artists, experts, engineers and innovators. bydeluxetoronto.com