making a difference
our purpose

The Foundation for Women in Film & Television–Toronto plays a critical role in funding and increasing access to WIFT Toronto programs and events.

By donating to the Foundation, you make it possible for women+ to gain invaluable business and leadership skills, access to industry and academic leaders, and career advancement opportunities.

Learn more & donate
“WIFT Toronto is more important than ever in ensuring that women’s role in the entertainment industry continues to grow.”

Our success would not be possible without the generous support of our donors. The Foundation for Women in Film & Television–Toronto gratefully acknowledges the contributions of the following companies, foundations and individuals.

Thank you to our Foundation Donors for generously donating in 2020.

FOUNDATION FOR WIFT toronto in 2020 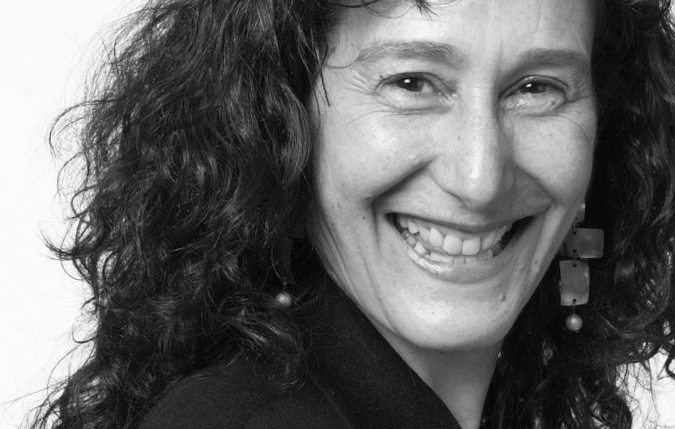 Terry Markus is an independent consultant and lawyer providing business and legal affairs services to the screen-based industry.  A graduate of the University of Toronto and Queen’s University Law School, she has held various senior legal, business and regulatory affairs positions at: Astral Media Inc.; Alliance Communications Corporation’s broadcasting division; Catalyst Entertainment Inc.; and Gullane Entertainment PLC group of companies. Terry has also worked at S-VOX Group of Companies in the roles of Executive Vice-President, General Counsel, and Corporate Secretary. She has co-executive produced a feature-length theatrical film, Suck, which premiered at TIFF in 2009; executive produced a documentary short, Chasing the Lion; and, is executive producing a feature-length theatrical film, Cold Strings. 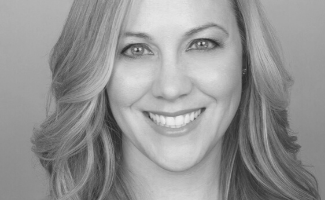 As Executive Director of the Banff World Media Festival and Publisher of Playback, Jenn oversees all aspects of the renowned international event and Canada’s premier national media industry publication. Jenn originated and leads two of Canada’s largest inclusion and diversity programs serving the media sector: The Netflix-BANFF Diversity of Voices Initiative and the BANFF Spark Accelerator for Women in the Business of Media.

Previously, Jenn has held positions as Director of International Distribution at Proper Television, VP, Development at Cream Productions, Canadian Bureau Chief and Editor at C21Media. Jenn currently sits on the Foundation for Women in Film and Television Toronto Board of Directors as Vice Chair, on the Future of Film Showcase Advisory Board, and has served as adjunct professor at Toronto’s York University. 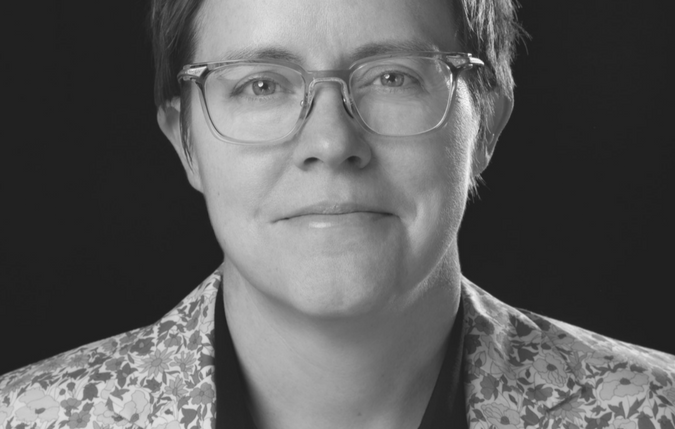 As Finance Director, Toronto Blue Jays, Janet Chant leads the Finance operations for the Rogers Centre and Blue Jays. She has worked with Rogers in various capacities since 2008 including leading large transformation projects, implementing the Enterprise Risk Management program as well as supporting the Digital Media Publishing division. Prior to joining Rogers, she spent a few years in Fort McMurray, AB, working on a large municipal project and also taught business classes at Keyano College. Janet holds an MBA from Rotman School of Business, University of Toronto, and is a Certified Public Accountant. 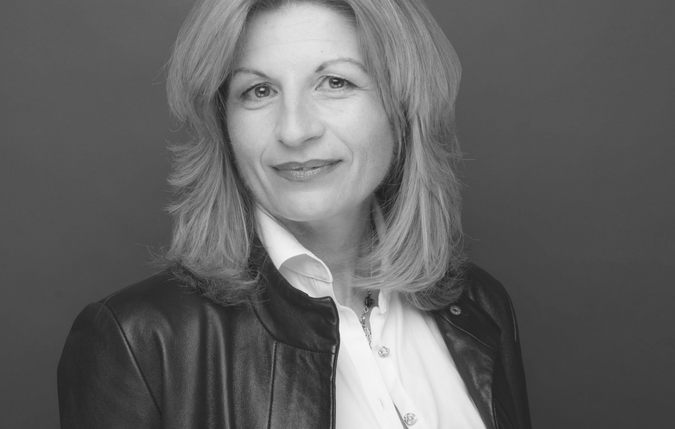 With a decade of film and TV experience to her credit, Helen wrote the feature film screenplay adaptation of bestselling author Jay McInerney's novel: Story of My Life. She is the co-writer/producer/director of the independent feature film Hayley's Comment—showcased in the Film Canada Pavilion at Cannes. She also spent four years working in development at TVO. More recently, Helen's first collection of short stories Sex & Suburban Lunacy, a popular cult favorite, was selected by Ranker as one of the Top 50 Best Absurdist Fiction books of all time. Sex & Suburban Lunacy is currently being adapted into a romantic-comedy series for cable TV. Helen has also written and performed stand-up comedy at the Comedy Bar (Toronto). Her company, Rebel Street Productions, has projects in various stages of development, including the scripted series Byron Pope, and the comedy series Unionville. 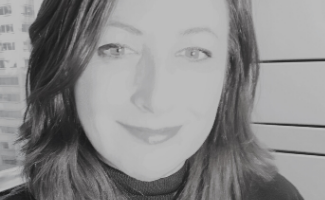 Carolyn is a manager at National Bank's CreativeIndustries Group, a leader in offering made-to-measure domestic and international entertainment financing solutions for film, television and digital media productions. Before joining National, Carolyn’s experience spans more than two decades as an award-winning producer and business affairs specialist.Carolyn’s versatility as a producer and financing specialist allows her to offer expertise in many genres, supporting producers in navigating the dynamic marketplace. She is also a passionate supporter of growing Canadian talent, and is alumni of the National Screen Institute and the Canadian Film Center’s, GoWest Project Lab. Carolyn has a bilingual BSS from the University of Ottawa. 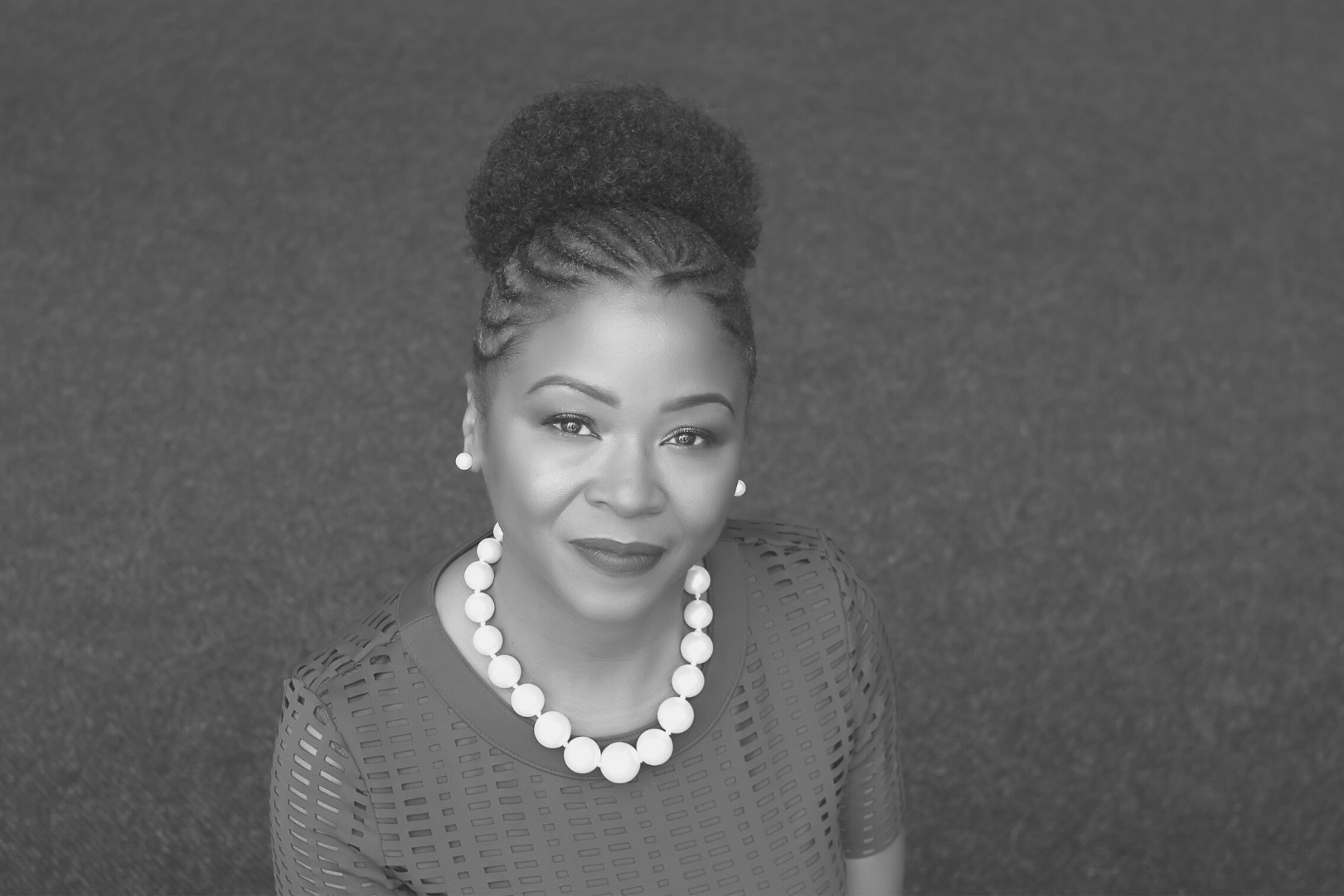 Fennella Bruce is a veteran television producer and writer, she is now at the helm of FKB Media Solutions – a media consulting business. Having worked in the field of journalism for over 20 years, Fennella has produced both of Canada’s national morning shows – Your Morning and Canada AM. She has been the senior writer or producer at numerous major market television stations including CTV News Channel, CTV National, CP24, CityTv, Toronto 1 and BET. Fennella received her Graduate Degree in Journalism from Ryerson University and her Bachelor of Arts from the University of Toronto. For six years, she taught Media Theory at Centennial College. Fennella is the Vice-President of the Board of Dr. Roz’s Healing Place, a member of the Canadian Academy of Recording Arts and Sciences and a recipient of the 2020 100 Accomplished Black Canadian Women Award. 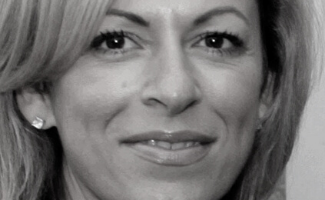 Argie Eliopoulos joined the CFC in 2008 and currently serves as Director of Partnerships and Events. In this role, Argie is responsible for negotiating corporate partnerships and designing, implementing and coordinating sponsorship strategies. Prior to joining the CFC, Argie managed major public and private events in Toronto; she was the Events Manager of L’Oréal Fashionweek, Director of Events of the Greek Film Retrospective, and managed other various conferences, tradeshows and corporate events. She holds a certificate in Events and Meeting Management from George Brown and a Business Communication Certificate from the University of Toronto. Argie is an active CANFAR entertainment advisory committee member, and is a currently a parttime instructor at George Brown College (Event Sponsorship & Fundraising and Event Leadership & Human Resources). 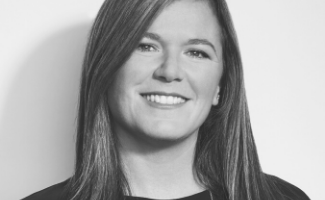 Laura Heath Potter is an emerging Independent Producer currently cultivating and working with emerging writers and directors developing and writing both scripted and factual original content. With more than twenty years of film and television communications experience, she is currently utilizing her publicity experience and industry knowledge to bring her unique perspective to the development and pitching process. With a background in both film and television, Heath Potter was previously the Director of Communications for Bell Media’s CTV Networks. Overseeing publicity for CTV’s acquired, in house and original Canadian programs, Social PR and talent relations she joined the company in 2005. Previously, Heath Potter worked for Odeon Films, Corus Entertainment and The Toronto International Film Festival. 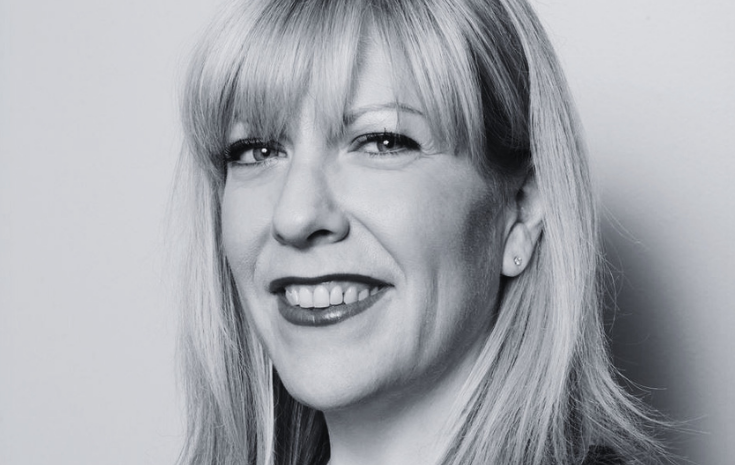 Julie Kumaria is the SVP, Marketing & Content Distribution at Hollywood Suite. She oversees the following areas: marketing, creative, social media, partnerships,advertising, affiliate relations and on-air promotions. Julie Kumaria was supervising producer on the documentary Ferris’s Room, and producer of Hollywood Suite’s original series, A Year in Film. Julie served as the President of CTAM Canada (2018-2020) and has been on the Advisory Board for The Ted Rogers Hot Docs Cinema since 2014. As an advocate for women’s advancement, Julie won the Women in Communications (WCT) award for Mentor of the Year in 2016. In 2017, Julie was awarded the CTAM U Fellowship Award to attend CTAM U at Harvard Business School. Julie led Hollywood Suite’s WIFT-T campaign to raise money and awareness for women in the screen-based industry for the past 3 years. Julie is married with two tween daughters and lives in Toronto. 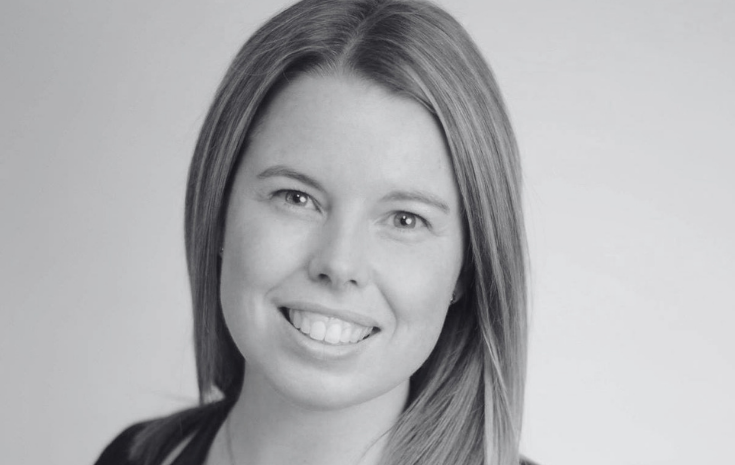 As Head of Communications for Netflix Canada, Lindsey works with media and stakeholders in the entertainment industry from across the country. She is particularly passionate about working with partners to tell the stories of the diverse creators who are participating in Netflix-supported development programs. Prior to her time at Netflix, Lindsey worked on public affairs and communications campaigns for Airbnb in Canada. She also spent numerous years working in federal politics and government relations in Ottawa, including acting as Director of Policy and Deputy Chief of Staff to a member of Cabinet. Lindsey has previously volunteered with organizations in the mental health and human rights industries. 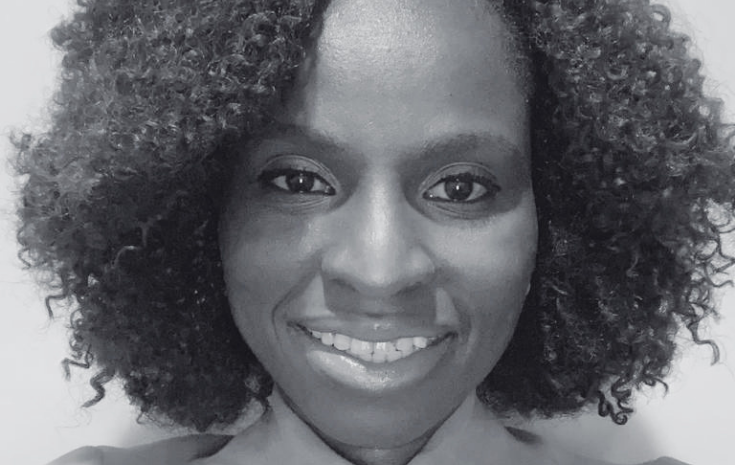 Sundra Sefa is a Chartered Professional Accountant (CPA, CGA) who is committed to growing her voice in championing women through various community work. As an Accountant with creative and media interests, Sundra has had the opportunity to write for online platforms, started two companies geared towards women - in and outside of the country - as well as sit on boards as Treasurer and Executive Council member.  Sundra's niche lies in partnering with and empowering team members across all functions in achieving financial and operational objectives. It is a privilege to join the Foundation for WIFT Board and contribute to the social and financial success of the organization. 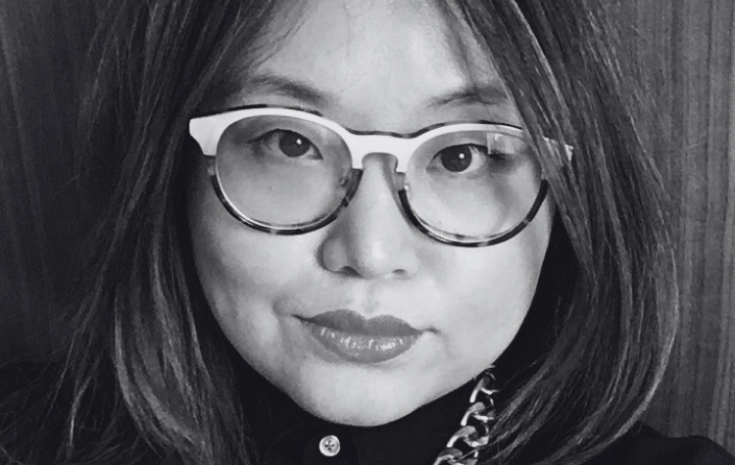 Jennifer Shin joins CBCas Director of Development, Comedy as of February 8. A film and television producer with over 15 years of experience in the industry including such acclaimed films as Rebecca Addelman's Paper Year and Patricia Rozema's Mouthpiece, Jennifer joins us from the Peabody Award-winning production company Banger Films, where she served as Head of Content and launched a scripted division. Prior to that, she was VP of Feature Film at First Generation Films,where she oversaw the development and production slate of their projects.Jennifer has also had a rich career in entertainment journalism, working as aproducer on entertainment television shows including CBC's George Stroumboulopoulos Tonight/The Hour. Jennifer is the co-chair of the Reel Asian Film Festival.